Three Things Christians Should Know About the Food Controversy

Posted on March 3, 2014 by daddystractor

Recently faith has entered the field of food. I think this is a good thing; faith belongs in every aspect of our lives. What I’m not so sure about, however, is that we’re drawing the right conclusions. Its been suggested that vegetarianism is what God would have you do, or being merciful applies just as much to your neighbor as it does to his dog. But before you make up your mind about the relationship between man and animal, here are three things Christians should know.

1.) God made everything for a reason.

I like how the scripture in 1Timothy 4:4 explains it. “For every creature of God is good, and nothing to be refused, if it be received with thanksgiving.”

The verse just before talks about someone telling you not to eat meat and responds with: “which God hath created to be received with thanksgiving of them which believe and know the truth.”

And if you’d like to hear it worded, well… a little stronger just start at the beginning of that chapter! For now I think these verses make my point.

2.) God sent his son to die for mankind.

I don’t have a scripture reference for this one because there isn’t one. Animals, trees, rocks: God didn’t so love them and send his only son so they may have enteral life.

In fact it was people He created in his own image and likeness. Genesis 1:25. Could there be a higher honor? He set them apart, made them special. He made me and you to be children of The King.

Christ was the sacrificial lamb, but I don’t read that he died for sheep.

Actually it’s the very next verse after the “made in his image” paragraph in Genesis 1:26. And yes, I’m aware others far more scholarly than myself have written entire books on the subject of dominion. The word is negative. It means things like prevail against, reign, rule over.

Its just that the other side of this ruling business is responsibility. We are in charge of the animals God gave to our care and they are given to us for our use. But like the servants who were given 1, 5, and 10 talents, we will be accountable for how we care for what has been given to us.

History has proved there will always be those who look for something weaker to put down so they can pull themselves up. Animals can be an easy target.

Where real cruelty lies it should be eradicated.

But don’t confuse cruelty with animal agriculture. The pictures you see in the magazines while you wait in the grocery store checkout line are the extremes and a poorly worded headline can make us all look bad. Just remember, farmers are as outraged by abuses as you are. 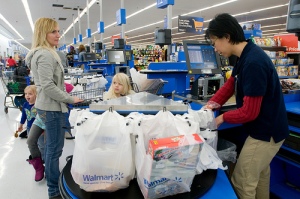 Actually the vast majority of livestock producers understand– dominion and responsibility are just opposite sides of the same coin.
I’m certain you can make up your own mind on the food controversies that are part of our daily diet of conversation. If your opinion differs from mine, I’m okay with that.

But go ahead, bring your faith into the dining room.