I did not tell Brett it was okay for him to turn eight years old, but he has gone and done it anyway.  Not being given much choice I agreed to make him the birthday cake he wanted.

When Brett turned two years old I got to plan his whole birthday party and choose all the cutest stuff myself. 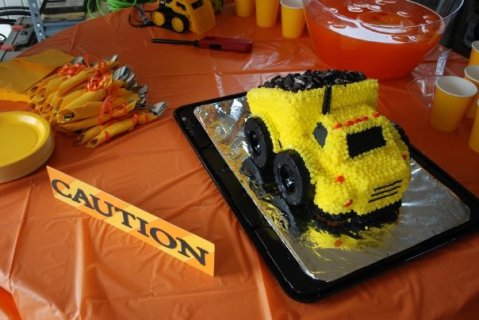 Even when he turned five I had lots of design input. 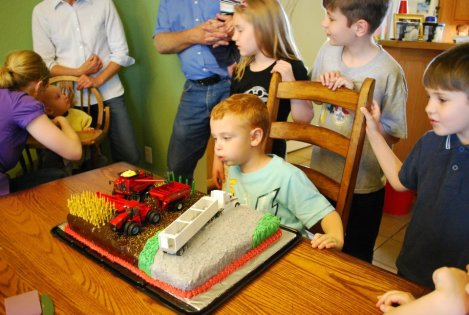 The official title of this party was “A tractor, A cart, A combine, and Two Semi Birthday.”

But now I have a grown-up farmer on my hands and only the most true-to-life cake is allowed.

I started with two round cakes to make the number eight.  Brett looked and looked at cakes in the shape of a four and five on his Pinterest board, but eventually picked a rectangle cake because it was the most realistic.  My plan was to surprise him with the eight he wanted and the decoration from the other. 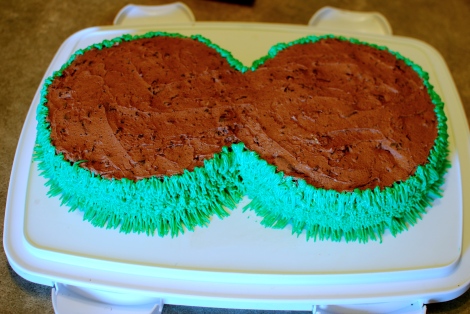 That’s Oreo cookies mixed with chocolate icing and green grass piped from a Wilton 233 tip.  It was super easy since the grass doesn’t have to be perfect!

Then I (thoroughly!) washed the tractor and planter he chose from his collection. 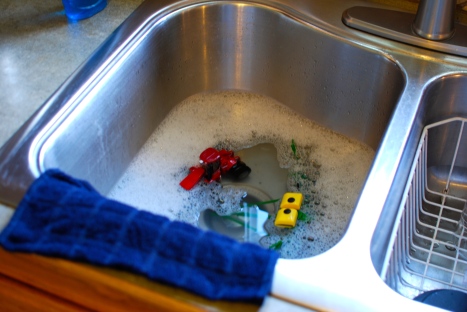 I wanted all red equipment, to make the cake cute.  Brett wanted the planter and tractor just like Daddy’s. 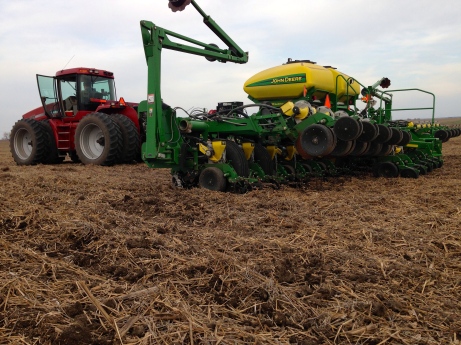 Our Case IH tractor pulls a John Deere planter– proof that it can be done! 🙂

Reluctantly I added them to the dirt icing, 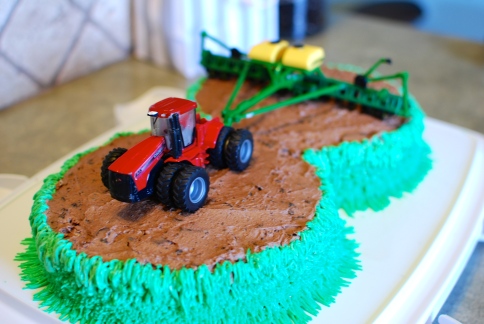 and used a toothpick to make the marks in the soil from the row openers. 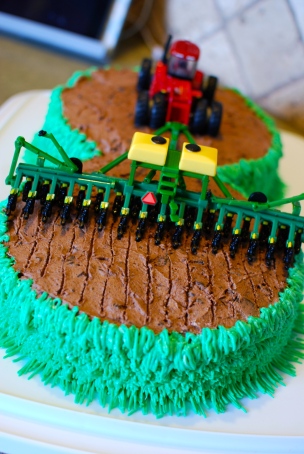 This was a bit of a risk because I single-handedly chose to make marks for corn, not soybean seeds, and Brett had wanted to be planting into cornstalks.  Since we plant on a rotational bases, this would mean the planter was planting soybeans, but Brett’s idea for making cornstalks was broken toothpicks.  I told him we could put broken toothpicks on top, but we wouldn’t be able to eat it. 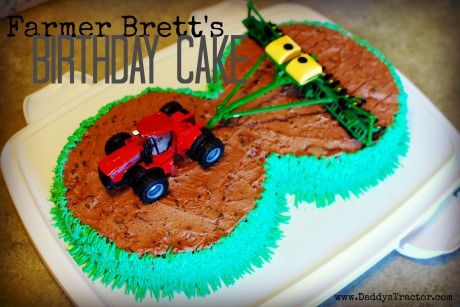 So I guess we compromised and I think it turned out cute and realistic.  Because believe me, more of our farms are shaped like a number eight than a rectangle!