Posted on September 11, 2015 by daddystractor

Call me crazy, but I’m getting kind of tired of celebrities being treated like scientists.  Or experts.  Or important sources of information for anything other than movies/sports/music.

If Gwyneth Paltrow didn’t already learn from the food stamp debacle that American moms do not relate to her, she’s gone and done it again.  She (and many other celebrity moms) have been speaking out against GMOs and the Food Labeling Act.

Because Pepper Potts does science? 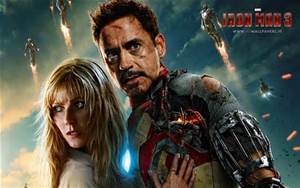 And not even that because Pepper is actually running the company, Tony does the science.

If Washington listens to this grandstanding I’ll think even less of our politicians than I do now.

What if, instead of listening to famous people we listened to people who actually know.  People with degrees in science, agriculture, biology, that sort of thing.  People who have families too.  Moms and dads who grow food by day and feed it to their kids each night.  Parents who don white lab coats at work that wouldn’t stay white for three seconds at home.  People who need safe, affordable food for their children.

There is a group of such people who are speaking out.  They are scientists and farmers, nurses and med students, moms and dads uniting collective voices to be heard over the babble of Hollywood.   They are #Moms4GMOs.

Right now you can go to their webpage and sign an open letter to Gwyneth Paltrow, Sarah Michelle Gellar, Ginnifer Goodwin, Sarah Gilbert, Jillian Michaels, Jordana Brewster, and all the other celebrity moms who love their children but have no understanding of what it takes to grow food for a growing nation.  Type in your name, email, town and a signature stating who you are and why you care.

You can also use the hashtag #Moms4GMOs on social media.  Tweet Gwyneth Paltrow (@GwynethPaltrow), Sarah Michelle Gellar (@sarahMGellar), Jordana Brewster (@JordanaBrewster), and Jillian Michaels (@JillianMichaels) with a link to the letter.  Post the letter to their Facebook pages too, politely asking them to read it. Kavin Senapathy at skepchick.org has a post with other ideas you can help with.  GroundedParents.com also has #Moms4GMOs and #Dads4GMOs buttons you can download for your Facebook page.

Don’t get me wrong.  I’m a huge fan of Pepper and Tony and Thor (did I mention Thor?).

But when it comes to bioengineering?  I’ll go with science thank you.